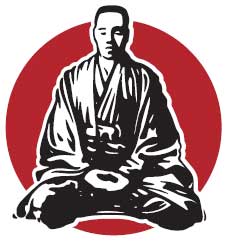 Karate is a system of unarmed combat deriving from 17th century Okinawa and modernized in the 1920s. Practitioners train both mentally and physically to use their hands and feet to deliver and block strikes. It is a system of movement that develops kinetic and psychological skills to evade or defend.

What distinguishes karate from other martial arts is the use of forms, or “kata” that encompass a choreographed set of actions and reactions to combat. Katas are critically helpful in improving focus, concentration, memory, and reaction time.

DOUVRIS is particularly committed to the karate philosophy. The father of modern karate, Gichin Funakoshi, called karate “inwardly humble and outwardly gentle”, with the goal to “never be easily drawn into a fight”.

We believe in the tenets of karate and the power of kinship to develop healthy, more successful, and productive individuals. We are committed to helping our members build confidence, strength, and a positive sense of physical and mental well-being.

Find out how you can incorporate the karate philosophy into your life. Contact us today.

what our members say...

“I was really surprised by how much fun my daughter was having. She’s learning about respect while gaining confidence and staying active. I think it’s a fantastic activity for kids to get involved in.”— Alan Dean, parent

“Overall excellent club and community. Often inspired to take part. Proud to be a member. I feel I am a stronger person both inside and out. Our family is grateful we found Douvris and we bond as we share our pain and achievements together.”

“We’ve only done karate at Douvris Westboro and so far it is the only sport my kid has been openly enthusiastic about! We watched the in-house tournament last fall & she was SO motivated. She does her karate moves at home with no prompting from anyone. She looks forward to every Friday because it’s karate day!”

“It’s a great school with an amazing and dedicated staff! It’s a very inclusive environment and truly a Douvris family!”

“We consider ourselves lucky to be at Westboro with Fortunato, Dom and Maureen. They are great people and create an excellent atmosphere. Our daughter cannot wait to go to the Dojo and considers Fort and Dom her heroes. She has recently announced that she does not want to be a princess and instead wants to be a Sensei with her own Dojo.”

“Excellent place to work out and meet new people. Best shape I’ve been in.”

“A great place. The right balance between pushing the students while still respecting the individual. It has been very good for my son and myself.”

“This has totally changed my life for the better.”

“My boys are 8 and 6 years old and have had negative experiences on the school ground. I was extremely impressed with the four instructors who led the Bully Busters seminar. What was most effective about the session is that the kids were actively participating in the discussions and in the scenarios.”

“The school exceeded my expectations in the staff’s care for and encouragement of students. I very much appreciate the constant support and understanding from everyone, and I’m happy important life lessons like respect and etc. are covered.”

“Love it. The workouts, the encouragement, the laughter. Just the whole DOUVRIS experience brings so much more to my life.”

“The instructors are excellent with the children, very knowledgeable and approachable. They empower the children not only with the philosophy and techniques of karate, but with great advice about growing and learning and life in general. Maureen is phenomenal – she is so well organized and helpful. The combination makes for a winning team!”

Tap to learn more about us... 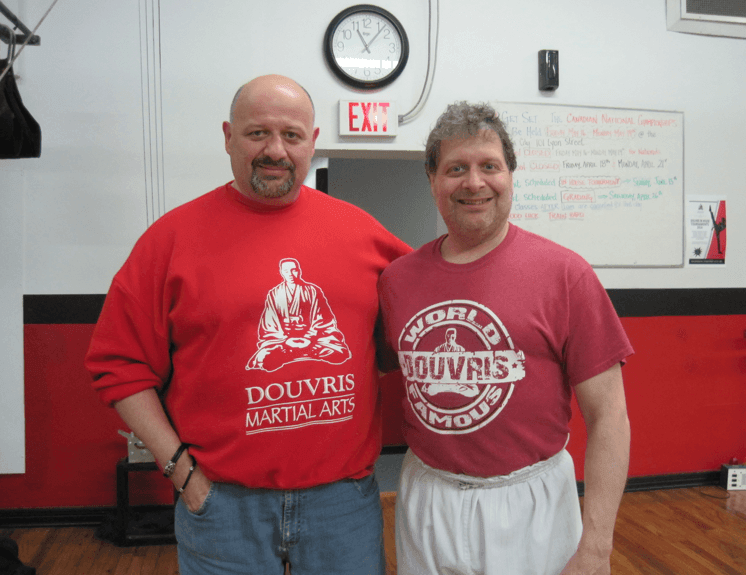 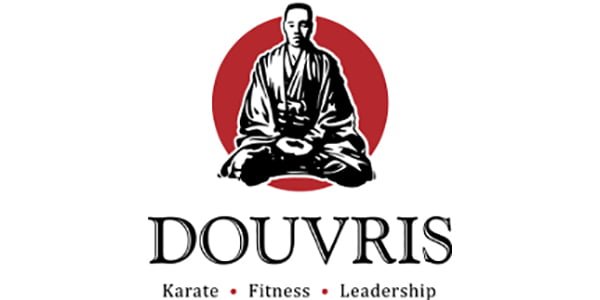 Founded in 1984, the DOUVRIS name has been synonymous with excellence in karate... 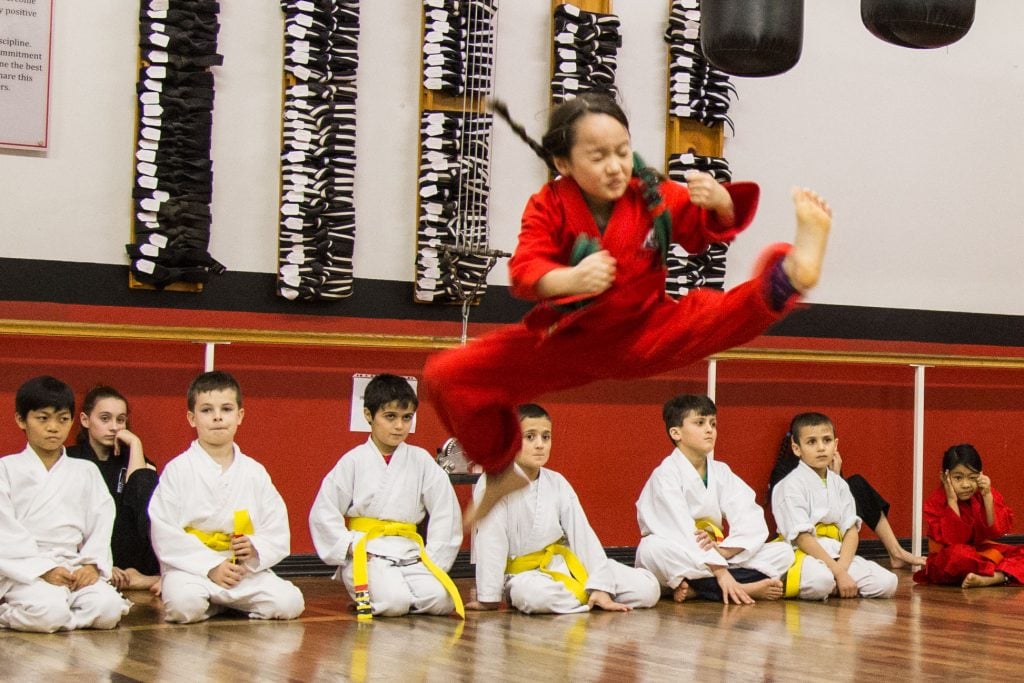 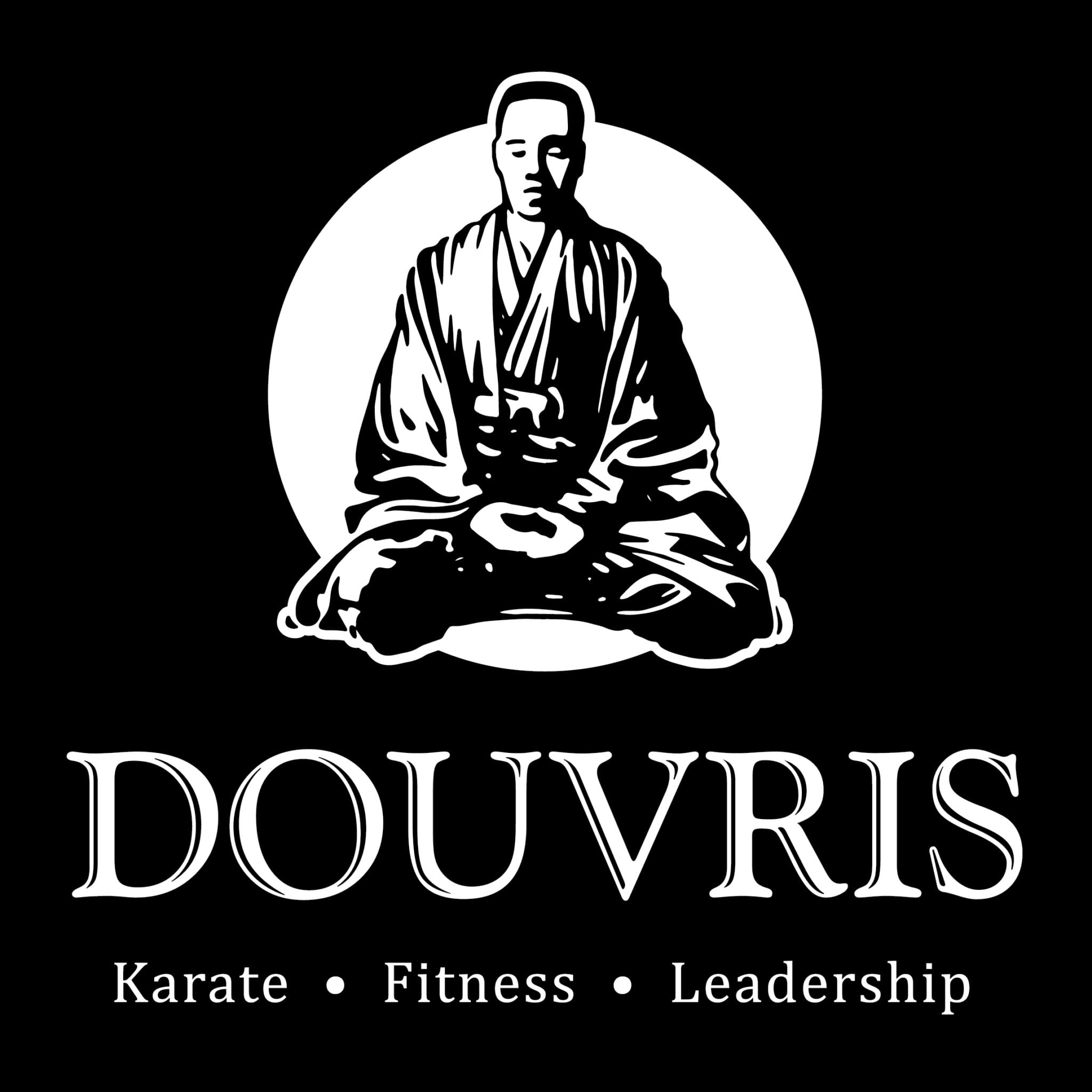 We believe in the tenets of karate and the power of kinship... 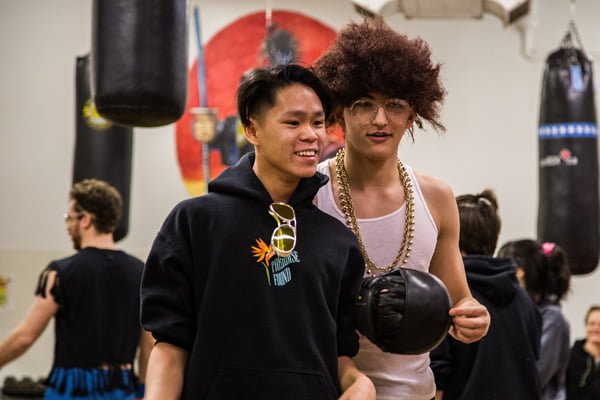 See our Douvris members giving back to our communities. 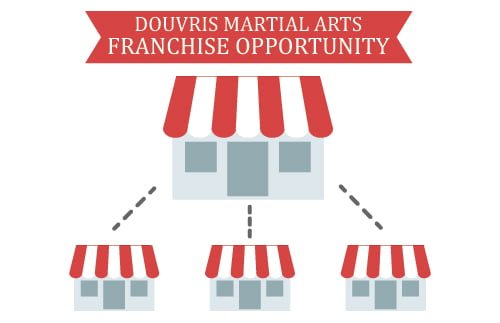 See how the Douvris family gives back to our community.

Join us on March 7 and 8 for our annual cardio-a-thon!

Registration for our Bank and OAC summer camps is now available!

We’re excited to introduce our NEW Community Spirit Program! We’ve created a program that gets our youth more involved in their communities and at home.

Word of the Month: Service

As Sensei Cody Diesbourg explains, if it weren’t for service and people paying it forward, we wouldn’t have martial arts today.

Join us for our Super Hero Camp, during the week of March 16-20.

Join us on March 7 and 8 for our annual cardio-a-thon!

Registration for our Bank and OAC summer camps is now available!

We’re excited to introduce our NEW Community Spirit Program! We’ve created a program that gets our youth more involved in their communities and at home.

Word of the Month: Service

As Sensei Cody Diesbourg explains, if it weren’t for service and people paying it forward, we wouldn’t have martial arts today.

Join us for our Super Hero Camp, during the week of March 16-20.

At Douvris Martial Arts we have made mindfulness a key component of our dojo culture. To encourage members to carry these intentions outside of the dojo, we have created a monthly blog series with tips and tricks from members of your community.

Read our Mindfulness with Douvris blog posts online, or sign up to receive monthly mindfulness reminders straight to your inbox!

Our Total Body Training kickboxing fitness trial offer includes a 3 Class Pass for $19.95. This offer is available at 6 of our Ottawa TBT training facilities.

Get promotions and great content delivered to your inbox

we send one per month with a special promotion.

We're cool and won't sell your info and you can cancel anytime at the bottom of each newsletter.

Something went wrong. Please check your entries and try again.